When one integrates aesthetics into their clinical practice, there are a few noted therapies which offer a benefit across most patient populations and concerns. In the realm of cosmeceutical ingredients, ceramides are a prime example of such therapeutic products, given their applicability for many common cosmetic/dermatological conditions. Further to the information provided in my Introduction to Naturopathic Aesthetics course, we will review the structure, role, and production of ceramides in the skin, as well as the supporting research regarding its topical use for concerns such as acne, atopic dermatitis, and rosacea.

As a brief review, the epidermis is comprised of four cellular layers: the stratum basale, overlaid by the stratum spinosum, the stratum granulosum, and finally, the stratum corneum. Our focus will reside here, in the outermost stratum corneum, whose structure is often likened to that of a ‘brick and mortar’ design. The bricks represent the terminally differentiated keratinocytes, embedded within a lipid matrix, representing the mortar, which are arranged into lamellar layers (multiple bilayers) comprised of ceramides (40-50%), free fatty acids (10-15%) and cholesterol (25%) [1]. Among various functions, the stratum corneum barrier plays an essential role in water retention and in the protection against a wide array of external insults. However, any disruption or depletion of stratum corneum lipids can weaken the integrity of the barrier function, and give rise to the progression of various skin concerns, such as dry skin, psoriasis, acne, and atopic dermatitis. All of these conditions have been associated with an alteration and/or depletion of these stratum corneum lipids, and ceramides in particular. Clinically, ceramides are being added to cosmetic products as a means of replenishing skin ceramide content, and to improve skin barrier functioning. Of the stratum corneum lipids, ceramides are the most effective at restoring barrier function and increasing hydration of skin. [2,3]

Basic Structure and Production of Ceramides

The base structure of a ceramide is comprised of a fatty acid conjugated to a sphingoid base via an amide bond. There is much heterogenicity, however, of ceramide structure within human skin. Thus far, there are 4 different sphingoid bases and 3 types of fatty acids identified, leading to a current total of 12 different classes of ceramides. The wonders of nature do not stop there as, for example, chain lengths for the fatty acid moiety can vary as well, further differentiating and determining a specific ceramide’s structure.[3] Ceramide synthesis begins in the stratum basale, where ceramides are synthesised de novo in the endoplasmic reticulum via the fatty acid-to-sphingoid base conjugation. They are then either glucosylated or converted to sphingomyelin within the Golgi apparatus, and incorporated into secretory vessels. Once at the level of the stratum granulosum, these vessels exocytose into the extracellular space within the stratum corneum. The enzymes beta-glucocerebrosidase and sphingomyelinase convert them back to the original ceramide structures, which then arrange into the lamellar layers along with fatty acids and cholesterol in the intercellular spaces between corneocytes. [3] For those of you biochemical enthusiasts, feel free to explore the Meckfessel & Brandt and/or Sahle et al citations below for further details regarding ceramide biosynthesis and nomenclature.

Numerous factors can affect the organization and composition of stratum corneum lipids. Among those which our patients may, unconsciously, be exposing themselves to include: topical ethanol (thus the need for barrier supportive moisturizer following ethanol-based hand sanitizer use); contact irritation or allergy to, for example, fragrances, preservatives, botanical extracts, metals, etc.; excess heat exposure (thus the benefit of washing face/body with more tepid water temperature over hot); deficiency of dietary Linoleic Acid (needed for the formation of longer chain ceramides); aging; and psychosocial and/or sleep-deprivation related stress (which has been shown to disrupt the skin barrier, possibly via stress-induced alterations to cytokine secretion). [2]

Despite the bulk of pathogenic focus on the likes of hyperkeratinization, Propionibacterium acnes, sebum production, and follicular plugging, our understanding of epidermal changes associated with acne vulgaris development is continually growing. As such, research support for epidermal barrier dysfunction is now adding a unique element to our understanding of the processes underlying acne development. In this context, the barrier functions for both the epidermis of exposed skin, as well as that of the follicular epithelial lining, are potentially involved in acne vulgaris pathophysiology and/or impairment in water flow and epidermal hydration. It has been theorized that the presence and intensity of inflammation may further impact the follicular epidermal barrier integrity [4]. What follows are key findings in the elucidation of the role of the skin barrier as it relates to acne vulgaris:

In addition to the altered immunologic involvement characterizing atopic dermatitis, an impairment in skin barrier function can also be seen as an essential contributing factor. An impaired barrier can further facilitate the triggering of the immune response, given the ease by which environmental antigens may breach the barrier. Genetically, there is a strong association with a mutation in the filaggrin gene.[3] Filaggrin is a high molecular weight protein residing inside corneocytes from which is derived Natural Moisturizing Factor amino acids, which serve as the skin’s own humectant-based moisturizer.[6] In addition to this, skin barrier integrity can again be explored for its involvement in the pathophysiological underpinnings of eczema:

Rosacea represents another common dermatological and cosmetic concern for which patients will often seek support. In addition to the presence of visible symptoms such as erythema, telangiectasias, papules and pustules, patients often experience the challenge of managing sensitivity symptoms like burning, stinging, and itching.  The skin barrier can, yet again, figure prominently in its pathogenesis and management.

As our knowledge base builds regarding the pathophysiological basis behind common cosmetic-dermatological concerns, we are beginning to truly appreciate the role played by the epidermal skin barrier. As such, the role we can play as aesthetics-focused Naturopathic doctors can be found in educating and helping our patients integrate dietary adjustments, lifestyle approaches, and topical skin care regimens, toward the ultimate goal of a healthy skin barrier, and thus healthier skin. 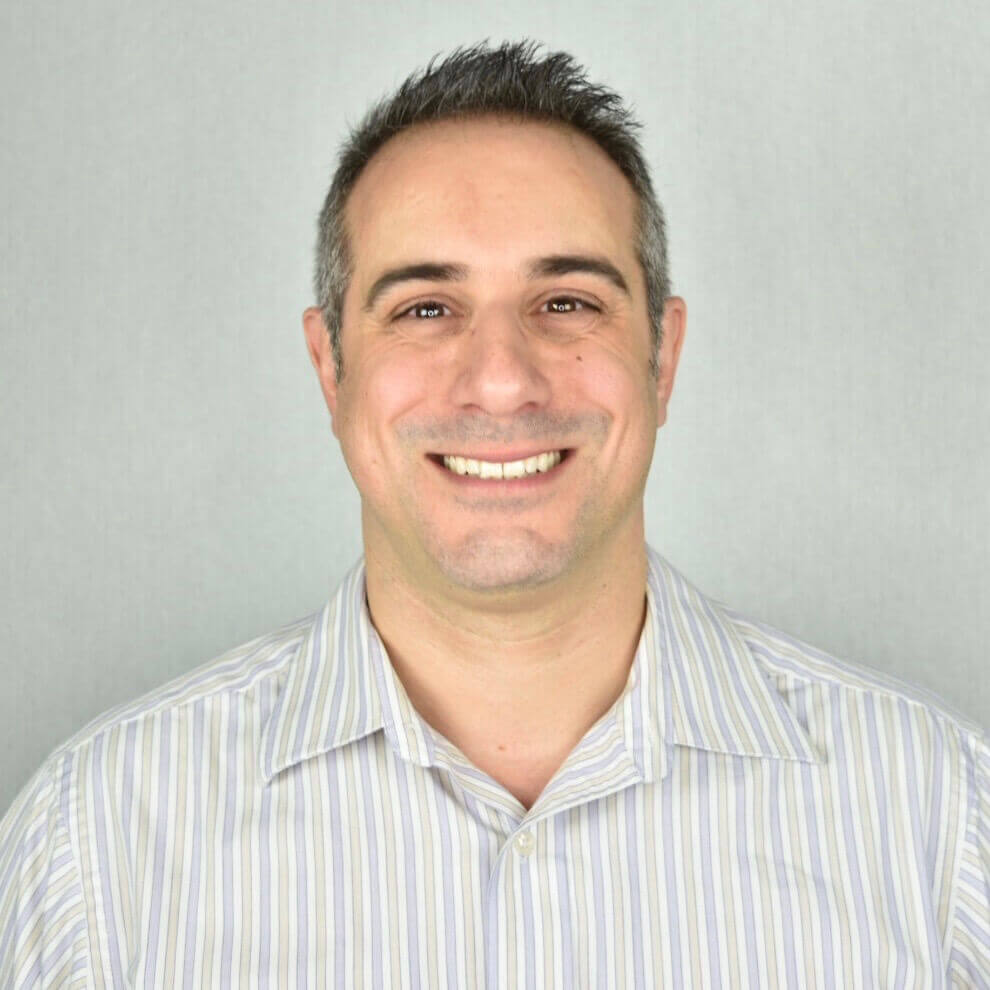 Dr. Ayoup has applied Naturopathic Medicine across multiple avenues. In addition to clinical practice, these include working as a CCNM recruitment representative and teaching assistant; organizing & teaching various public CE courses at CCNM; a Naturopathic consultant for one of Canada’s largest nation-wide Employee Assistance Programs; and proudly has penned a portfolio of published articles covering both general & retail-focused topics in natural medicine. Dr. Rob is currently a contributing author to the Naturopathic Currents website.

The bridge into Naturopathic Aesthetics began soon after graduation. Upon completing additional training in Cosmetic Facial and Cellulite Acupuncture, Dr. Rob soon found a strong interest in his patient population for less invasive and natural approaches to skin health and beauty. This was accelerated by the recognition that, although well trained for managing common skin concerns, the knowledge base for the ever-growing and prevalent realm of natural-based cosmetics and cosmetic techniques was underexplored. As Dr. Rob studied and integrated these therapies into his practice, he quickly realized how much Naturopathic therapies, and especially our approach, can offer in the arena of Aesthetics Medicine. Working within various medical spa and fitness facilities have offered a wonderful opportunity to integrate Naturopathic Aesthetics in the Toronto area. Building on his passion for constant learning & teaching, Dr Rob is eager to educate his fellow NDs as to this exciting application of Naturopathic Medicine. 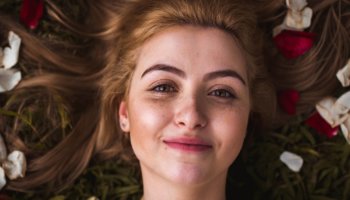 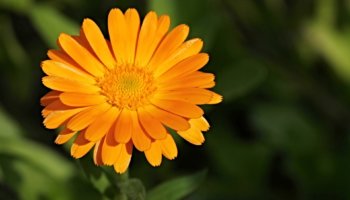