I occasionally have been guilty of wanting to be the quintessential ND, looking comprehensively at a patient’s presentation, scrupulously following our principles and digging deep to understand the multifactorial clinical tapestry as to effectively “identify and treat the cause(s),” unfortunately, sometimes all the while ignoring our hierarchy of care and the patient’s acute concerns: his or her symptoms!

Allergies can be defined as an immune-mediated hypersensitivity reaction to common antigens that are otherwise harmless. Those with allergies can suffer greatly. Millions of people across the world are affected by allergic conditions and experience various symptoms, including asthma, arthritis, urticaria, eczema, rhinitis and chronic nasal congestion, causing quality of life issues, missed work days and the added stress of enduring a chronic condition. While working to understand what factors have contributed to the immune dysfunction causing the exaggerated reaction, symptom relief must concomitantly be addressed.

In allergic patients, exposure to allergens leads to the formation of complexes between antigens and IgE bound to specific receptors on the surface of mast cells and basophils, causing degranulation with subsequent release of histamine and synthesis of inflammatory mediators derived from arachidonic acid metabolism (Caruso et al., 2008). The main conventional therapeutic approaches to allergies are aimed at inhibiting and controlling the inflammatory mediators. Histamine antagonist drugs are commonly used for the relief of symptoms, but long-term therapy produces several side effects, including sedation, psychomotor impairment, cardiac toxicity and peripheral anticholinergic effects such as dry mouth and urinary retention (Nagai et al., 2006).

It is well known that supplementation with fish oil rich in omega-3 polyunsaturated fatty acids plays a role in preventing allergic sensitization and attenuating allergen-induced reactions, and is helpful in mitigating the inflammatory response. Several natural botanical extracts also recently have been studied and shown to be effective in reducing allergic symptoms while minimizing the undesirable effects frequently associated with current pharmacological therapies.

An extract of Petasites hybridus has been shown to be effective in the relief of allergic rhinitis patients by decreasing inflammatory mediators (Schapowal, 2005). Oral supplementation of a leaf extract of Perilla frutescens was studied for its anti-inflammatory and anti-allergic activities, and demonstrated beneficial effects in patients with seasonal allergic rhinoconjunctivitis (Osakabe et al., 2004). Silybin, a naturally occurring flavonoid, was shown to possess anti-allergic activities that could be attributed to a membrane-stabilizing activity of human basophils (Miadonna et al., 1987). Research has shown promising results for an extract of the Capparis spinosa flowering buds in the treatment of both food and environmental allergies. Naturally occurring flavonoids in Capparis spinosa, including quercetin and kaempferol, have been shown to have antihistaminic properties (Trombetta et al., 2005).

Another study examined the effects of Capparis spinosa in combination with Ribes nigrum and Panax ginseng (which increase cell membrane stability and reduce the possibility of membrane degranulation) and Olea europaea (which possesses antioxidant properties). This study was a randomized, double-blind, placebo-controlled trial of 60 patients ages 14-73 years with a history of allergic rhinitis and/or asthma to environmental antigens (Caruso et al., 2008). The patients received 2g of the herbal combination or placebo each day for 10 days. The cellular antigen stimulation test (CAST) was used to analyze the amount of sulphidoleukotriene (SLT) production. SLTs are important inflammatory mediators released mainly by basophils and mast cells. The flow-cytometric cellular antigen stimulation test (FAST), which measures the expression of a basophil degranulation marker (CD63), was also performed. Blood samples were taken at baseline and again at 2-hour, 2-day and 10-day intervals. Results showed a small reduction in the release of precursors to histamine after 2 hours, with positive effects continuing to increase, demonstrating up to 65% reduction in inflammatory compounds after 10 days of use.

One of the reasons this particular combination caught my attention was due to its inclusion in a comparison study with cetirizine. Both treatments were equally effective in reducing allergic response (as measured by skin flare and wheal induced by cutaneous application of histamine and allergens), and the herbal combination was superior in reducing reaction to common food allergens, with a 70%-80% reduction in just 2 hours (BIONAP Technical Information, 2007).

Examining what underlying factors have contributed to the perpetuation of the immune dysfunction leading to an allergic condition is extremely important in the management of patients with allergies. Assessing aspects such as chronic infections; pro-inflammatory lifestyles; exposure to toxicants, chemicals and heavy metals; hormonal imbalances; nutrient deficiencies; impaired detoxification; gastrointestinal permeability; and psycho-emotional influences can assist in the quest to treat the cause. Fortunately however, effective natural symptom relief without the harmful side effects of conventional therapies are available and necessary in honoring the therapeutic order and addressing acute concerns. 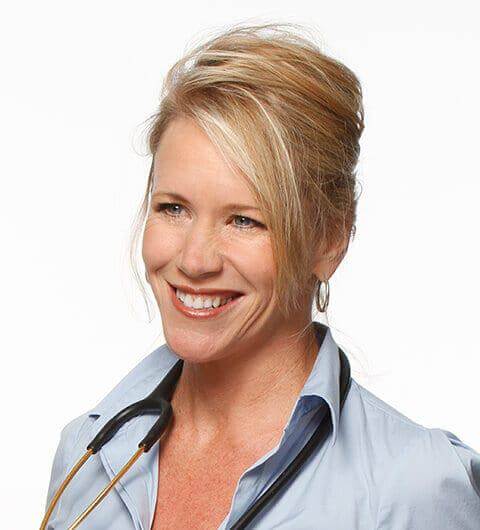 An acclaimed expert in the field of integrative medicine, Dr. Holly lectures throughout the nation on a variety of natural health topics. Her appearances include national media programs and networks including Dr. Oz, The Doctors, and Lifetime Television for Women, PBS’s Healing Quest, The Hallmark Channel, and Discovery Fit & Health channel.

She is on the editorial advisory board of Alternative Medicine and Natural Practitioner and is also regularly quoted as an expert in both consumer and peer journals. In 2007, Dr. Holly was listed in Time Magazine’s “Alt List” as one of the “Top 100 Most Influential People.” In 2012 she launched her own talk show, “Myth-Defying with Dr. Holly” on the Z Living network and is currently the host of “Mindful Medicine: The Dr. Holly Lucille Show” on RadioMD.

Dr. Lucille believes in the science, art, and mystery of healing and has a heartfelt passion for the individual wellness of all people. Built on this foundational belief, she uses the magnificence of multiple media platforms to truly make a difference and empower people to heal. Dr. Holly’s private practice in Los Angeles, Healing from Within Healthcare, focuses on comprehensive naturopathic medicine and individualized care.

Dr. Holly is the past president of the California Naturopathic Doctors Association where she worked to ensure the availability of safe naturopathic health care by spearheading a lobbying effort to have naturopathic doctors licensed in the state of California. She has also worked with the L.A. Free Clinic providing health education, promotion, and prevention in the public health system and recently was awarded the “SCNM Legacy Award” for her “contribution to the advancement and development of the field of naturopathic medicine.” Dr. Holly graduated from the Southwest College of Naturopathic Medicine in Tempe, AZ, where she received the prestigious “Daphne Blayden Award” for her “commitment to naturopathic medicine, academic excellence, compassion, perseverance, a loving sense of humor and a positive, supportive outlook.”

In her “off time” she enjoys being with her family, two- and four-legged, playing the bass guitar, tending to her hydroponic garden, and riding her motorcycle through the mountains and along the beaches of Los Angeles.

Unexpected Reasons to Use Curcumin in Your Practice