Estrogen dominance is extremely common in the general U.S. population and is associated with the discomforts of PMS, the pathologies of breast cysts, ovarian cysts and uterine fibroids, as well as contributory to the emergence of hormone-related cancers such as breast, uterine, ovarian and prostate cancer.

For several decades, an unanswered question has been whether or not phytoestrogens help or hurt the overall state of estrogen balance in the body and, most importantly, whether they are stimulatory to estrogen-dependent cancers. Can women with a history of breast cancer use hormonally active herbs at menopause? Should women with a family history of breast cancer consume phytoestrogens? Can women undergoing a surgical menopause for ovarian or endometrial cancer use phytoestrogens to manage their resulting menopausal symptoms? And, will the use of phytoestrogens help or hurt breast cancer patients? While there still haven’t been enough studies to answer this question with a definitive answer, what research has been done is moving us further from the gray area this once was.

The use of pharmaceutical hormone replacement therapy in these situations is generally believed unwise due to an increased risk of hormone-related cancers such as breast and endometrial cancer. Do herbs carry the same risks? Cimicifuga racemosa, for example, is noted to exert activity at both estrogen receptors locally (Jarry, 1985) and in the pituitary at the level of the neuroendocrine system (Jarry, 1995; Duker, 1991). Should Cimicifuga be avoided in women with a history of breast and uterine cancer? Legume family isoflavones, such as the genistein found in Glycine max (soybean), Medicago sativa (alfalfa), Trifolium pratense (red clover) and Glycyrrhiza glabra (licorice) may exert weak estrogenic effects. Should Glycine, Medicago, Trifolium and Glycyrrhiza be avoided in women with cancer or cancer history? The bulk of the emerging research is suggesting that these herbs and molecular substances are of great benefit to estrogen balance in the tissues and may be breast and uterine cancer preventives.

Intensive research is under way to develop pharmaceutical therapies that target specific subtypes of hormonal receptors specific to individual tissue types. Commonly referred to as selective estrogen receptor modulators (SERMs), these pharmaceuticals include tamoxifen and raloxifene and are commonly prescribed for breast cancer patients and as chemopreventives for women at high risk for breast cancer. They are considered “selective” in that they may act as antagonists to some types of estrogen receptors, such as the endometrium or breasts, yet offer agonist activity for the bones. Many phytoestrogens appear to be natural SERMs. Isoflavones are noted to bind both alpha and beta subtypes of estrogen receptors; however, genistein acts as an agonist particularly to the beta subtype, earning natural SERM status.

What Compounds Act as Phytosterols?

Isoflavones, coumestans, lignans and stilbenes may all be considered phytoestrogens. Isoflavones and coumestans are particularly high in the legume family. Well-known legumes include alfalfa, clover, peas, lentils, kidney beans, pinto beans, and the licorice plant.

The isoflavones include genistein, biochanin A and daidzein, with genistein being the most active and daidzein the least. Another isoflavone found in plants is formononetin, which is found in Trifolium, Cimicifuga and Glycyrrhiza. Humulus lupulus (hops) contains the prenylflavonone 8-prenylnaringenin, confirmed to have ligand activity at estrogen receptors (Overk, 2005).

Lignans are natural plant compounds common in certain whole grains, seeds, beans, legumes, fruits, and vegetables. They exert a hormonal influence in the body after being altered by intestinal bacteria into enterodiol and enterolactone, which may be absorbed from the intestines and into general circulation, exerting weak estrogenic effects.

Phytoestrogens bind estrogen receptors acting as either agonists or antagonists depending on the physiologic situation, the tissue and receptor type. So making absolute statements about their physiologic activity is difficult. Phytoestrogens have such varying activity and ligand affinity for the various tissues and subreceptor types of estrogen that they most certainly could be considered SERMs. For example, isoflavones might act as weak agonists in situations of low estrogen in the body, exerting an estrogenic effect, yet that weak agonism can compete with a body’s high estrogen load and reduce estrogenic stimulation in a situation of hyperestrogenism. This dual action of phytoestrogens to both offer estrogenic effects and reduce hyperestrogenism is referred to by herbalists as “amphotericism.” Inclusion of isoflavones and other phytoestrogens in the diet or as medicine may both treat menopausal symptoms as well as protect against breast cancer (Branca, 2005).

The herbal concept of amphotericism is echoed by the pharmacologic concept of dose-dependent curves. In one study involving normal tissue and hormonal status, low doses of phytoestrogens were reported to be aromatase inhibitors and reduce estrogenic activity, while higher doses became estrogenic in net effect displaying a classic U-shaped curve. Synthetic phytoestrogen-like compounds were also tested and interestingly displayed no such amphoteric action (Almstrup, 2002).

Phytoestrogens may agonize/antagonize to different degrees, depending on the estrogen load in the general system. They may also affect receptor subtypes differently and affect enzyme subtypes with such specificity and finesse that one can only suspect is nature’s design. As a general rule, the consumption of phytoestrogen-containing plants in the diet and in many sorts of herbal supplements appears beneficial. However, in the case of hormonal cancers, it would not be wise to inundate the body with isoflavones risking estrogenic stimulation. Small frequent doses, such as sipping herbal teas throughout the day, and including legumes in the diet may be safer in the situation of active estrogen receptor positive cancers than consuming concentrated nutraceutical isoflavones. Outside of cancer, however, aggressive supplementation with isoflavones might be appropriate, such as for osteoporosis, because isoflavones have also been shown to build bone mass and density.

Research has revealed that not only do isoflavones act as natural SERMs, they also induce apoptosis, affect gene expression and affect various enzyme systems in positive ways – all mechanisms helping to reduce excessive estrogen stimulation of hormonally sensitive tissues (Setlur, 2008).

One of the theories to explain the significantly lower breast and prostate cancer rates in Asia compared to the U.S. and Europe is the frequent consumption of soy and the phytoestrogens they contain. Genistein, for example, may offer a protective effect against estrogen-dependent cancer when consumed throughout a lifetime due to protection from the hyperproliferative effects from more powerful endogenous and exogenous estrogens (Fritz, 2002).

Prolonged exposure to genistein in early life is reported to reduce the risk of hormonally related cancers later in life.

Although weakly estrogenic, research suggests phytoestrogens are protective and of positive benefit when consumed in normal dietary levels rather than disrupting endocrine balance as is the case with many synthetic chemicals, so problematic they are being referred to as “endocrine disruptors” (Santii, 1998).

High levels of urinary isoflavones are associated with a decreased risk of breast cancer. Although it is thought that lifelong consumption is most associated with decreased cancer risk, it appears that inclusion in the diet for as little as one month may alter urinary estrogen metabolites in a significant and beneficial way (Oseni, 2008). 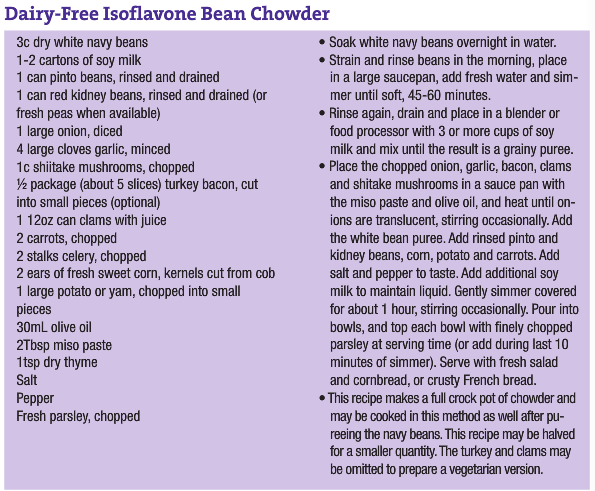 A Closer Look at Genistein

There have been more than 4,500 studies on genistein, and around one-fifth of these describe a variety of anticancer effects (Ravindranath, 2003). Numerous studies have noted a biphasic effect where genistein reduces stimulation of estrogen receptors at some dosage ranges but may stimulate at high dosages, suggesting caution in active hormonal cancers. For example, one group of researchers reported genistein to promote growth of breast cancer cell lines and to interfere with the inhibitory effects of tamoxifen on estrogen-dependent cancer cell lines (Helferich, 2008).

Genistein has been shown to inhibit human cancer cell proliferation due to modulation of genes involved with cell turnover and enhance apoptosis of cancer cells. Genistein may also antagonize estrogen and androgen-mediated cancer growth, as well as exert anti-angiogenic effects in cancer lines (Banerjee, 2008).

One human clinical study on women with a family history of breast cancer reported Trifolium isoflavones to be safe and observed to exert no proliferative effects on breast or endometrial tissue (Powles, 2008). Another study investigated blood concentration of genistein and daidzein in women with benign proliferative breast conditions, active breast cancer and age-matched controls. The study demonstrated an inverse relationship between blood isoflavone levels and cancer risk (Lampe, 2007).

Flavones and isoflavones also act as aromatase inhibitors (Kao, 1998). Aromatase is a cytochrome p450 enzyme family member that converts androgens (androstenedione and testosterone) into estrogens (estrone and estradiol, respectively) and high levels of aromatase enzymes are associated with breast, adrenal and prostate cancers. Many such cancers overexpress this enzyme and produce excessive levels. Several groups of phytochemicals have been shown to be natural aromatase inhibitors, with the flavonoids thought to be the most active. Attempts to synthesize new aromatase-inhibiting isoflavones are underway by some companies (Brueggemeier, 2001; Kim, 2004), though most herbalists question the logic. 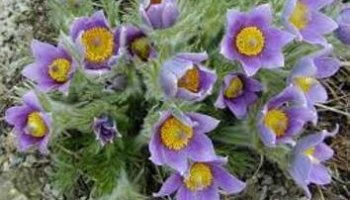 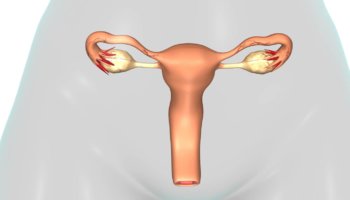