Diseases of the Drugs: Organ Systems

Diseases of the Drugs: Organ Systems

3 months ago by M...
Verified Student
As Usual Dr. Fleetwood is brilliant and very insightful in her presentations and shares very successful Naturopathic tools as alternatives to the drug therapies. She always brings it back to core Naturopathic principles!

Dr. Christie Fleetwood is at it again with more Diseases of the Drugs! Using the combined lists of the Top 100 Most Prescribed and Top 100 in Sales, this five-part series focuses on essential pharmaceutical agents in the evolution of diseases.

Lesson 1 focuses on drugs affecting the gastrointestinal system, the genito-urinary system, and the immune system. Looking at the drugs used for GERD, IBS, IBD, ED, BPH, urinary incontinence, and antibiotics, we’ll find out what can go wrong and why. Direct and indirect effects of the drugs (from the mechanisms of action), primary and secondary effects (from the body compensating or responding to the drugs), nutritional deficits caused by the drugs and other considerations (financial, emotional, dis/empowerment to the patient) will be investigated through the lens of a pharmacist-turned-naturopath.

Lesson 2 of the series looks at the cardiovascular system–specifically, those used for hypertension, dyslipidemia, Type II Diabetes, clotting disorders, and arrhythmias)–and the radically clear link between diseases and the drugs that caused them.

Lesson 4 of the series looks at the respiratory system, and sheds light on drugs used to manage allergies, asthma, COPD, and infections specific to the lungs.

Lesson 5, the last in the series, explore pharmaceutical that affect the nervous system–drugs used for depression, anxiety, epilepsy, psychosis, bipolar–and the immune system (immune suppressants used specifically for autoimmune diseases). This piece is focused on the ethics surrounding the use of these particular agents, as they put the patient’s very life at risk.

As naturopathic doctors, we have so many more tools from which to choose than potentially dangerous pharmaceutical agents. Let’s make sure we know the full risks of each of them before using them in the care of our patients. 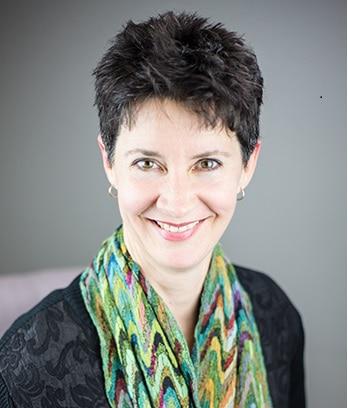 I earned a Bachelor of Science degree in Pharmacy from the Medical College of Virginia/Virginia Commonwealth University, in 1988. After practicing as a retail pharmacist in the greater Richmond area for a decade, I attended Bastyr University, earning a doctorate in Naturopathic Medicine in 2004. Because of my unique education and training, I understand both conventional medicine as well as natural forms of healing. And because I’ve been asked to teach on pharmacology/pharmacy related topics to my beloved naturopathic profession, I study them constantly, going deeper into the intricacies and nuances of the agents and uncovering some astonishing information that I think YOU (and your patients/clients) would benefit from knowing!

Course Reviews
No reviews yet!
{{course_rating}}
Course Ratings are calculated from individual students' ratings and a variety of other signals, like age of rating and reliability, to ensure that they reflect course quality fairly and accurately.
Course Rating
{{rate.percentage}}%

How do I access my course after I register?
All you need to do is go to your My Courses page and login! If it's your first time logging in, there are a few profile questions you'll be asked to fill out first.
How long will I have access to the course?

Can I retake the course after I have complete it?

Absolutely! You have lifetime access to the course. Watch it a million times if you like! All you need to do after you complete a course is head to the "My Courses" page —> "Completed Courses" tab → and click "Watch Again."

How soon after I complete the course do I get my certificate?

Immediately! Your certificate will be available as soon as you complete your course and leave a review! The certificate is a shiny PDF and, by default, automatically comes to you via email after you complete a course. You can also download and print straight from the website on your My Certificates page!

This course is pre-recorded so that you can access it at any time and work on it at your own pace. 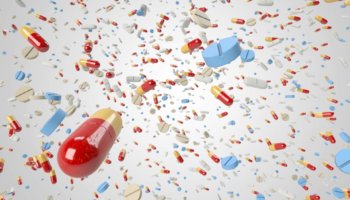 This course is intended for practitioners.