How The Opioid Crisis Affects The Elderly

The number one reason Americans today seek medical attention is pain according to the National Institute of Health. In fact, pain is a more common condition than diabetes, heart disease, and cancer combined.

Some of the links on this page may link to our affiliates. Learn more about our ad policies.

These numbers are causing some healthcare professionals to encourage prescription providers to really consider whether opioids are the best course of action for patients in pain. Research published in The BMJ adds that chronic pain conditions are more prevalent for individuals 65 years old and older, with 52.8 percent reporting that they’ve experienced some type of pain within the previous 30 days. This pain can result in problems with mobility, increased risk of falls, and even trouble sleeping. Other effects of enduring chronic pain for the elderly are more mental in nature, including the development of issues related to depression, anxiety, feeling isolated, and activity avoidance. Essentially, chronic pain impacts all areas of one’s life, which is why many are now turning to opioids in an effort to ease it.

Opioid Use Among the Elderly

The number of elderly patients receiving opioid prescriptions increased nine times between 1996 to 2010 according to Psychiatric Times. And more than one in three (35 percent) of individuals over the age of 50 report that they have misused this particular category of drug in the last 30 days, causing the hospitalization rate for misuse to increase five-fold over the last two decades. These numbers are causing some healthcare professionals to encourage prescription providers to really consider whether opioids are the best course of action for patients in pain. For instance, U.S. Pharmacist urges healthcare officials to “be cautious” when prescribing opiates to the elderly, partially because of age-related renal function decline, prohibiting their bodies from effectively clearing them from their systems. However, opioids have other effects on the elderly, some of which are physical in nature and others which are more mental.

Give Your Loved Ones The Best Care

Caring for parents as they age is never easy. The help from home care services allows you to maintain your relationship while providing the best care possible.  Find caregivers. When these jerky contractions occur due to taking opiates, it is still questionable as to whether opiate receptor blockers like the drug naloxone can effectively reverse this effect.

Although opioids are prescribed for positive reasons—as in, to help individuals ease or alleviate their pain—this class of drugs often has unintended physical consequences for the elderly.

One of the most common and most significant negative physical side effects of opiate use in seniors is nausea, according to research published in Clinical Interventions in Aging. This uncomfortable response is partially caused by the body detecting the opioids in the blood, which initiates a vomiting reflex. However, sometimes it is the impact opiates have on the part of the ear responsible for balance (the vestibular apparatus) or their effect on the gastrointestinal system that is to blame.

This research further states that another rather common side effect is opioid-induced constipation, with some studies finding that almost one-half of all hospice patients on opiates (48 percent) struggle with this issue. According to an article published in Drugs & Aging, this physical condition is “often underrecognized and undertreated in the elderly.” There’s also a concern about using laxatives in the elderly as their effectiveness has not been totally proven for treating opioid-induced constipation.

Another negative side effect of opiate use in the elderly is urinary retention, or the inability to empty the bladder completely. This is sometimes caused by build-up of opiates in the body, more so when the drug is not used appropriately, according to one review published in the International Journal of Molecular Science. Other times, it occurs because of decreased liver and kidney function. If left untreated, this renal toxicity could lead to acute kidney injury and, potentially, renal failure.

Technically called ‘pruritus,’ severe itching of the skin occurs in as many as one in ten opiate users, according to the Clinical Interventions in Aging research. Pruritus is more common in the elderly anyway, according to the Mayo Clinic, and even though it normally disappears within a week of starting the opiate-based drug, it can be very uncomfortable in the meantime.

The University of Wisconsin Hospital & Clinics explains that opioids can impact breathing rate, volume (the amount of air the lungs are able to inhale and exhale), and tidal exchange (how well the lungs can exchange oxygen and carbon dioxide). The result is irregular or slower rates of breathing, two concerns that are especially problematic when the elderly individual is sleeping as there is normally reduced sensitivity to carbon dioxide during this time already.

While opiates are prescribed to help individuals better deal with pain, sometimes they have the opposite effect and actually increase sensitivity to pain sensations. This is called opioid-induced hyperalgesia and the sensitivity can appear in the form of the original underlying pain, according to researchers from the Centers for Pain Management. Or, it may involve the presence of pain that is different from the one for which the drug was originally prescribed.

Research published in the Journal of Neurology, Neurosurgery & Psychiatry indicates that, when there is long-term use of opiates, somewhere between 2.7 and 11 percent of users will experience myoclonus, a neuroexcitatory side effect that consists of spasmodic, jerky contraction of the muscles. The National Institute of Neurological Disorders and Strokes shares that these types of contractions are similar to the ones experienced when you have the hiccups or if you jump as you start to fall asleep. Additionally, when these jerky contractions occur due to taking opiates, it is still questionable as to whether opiate receptor blockers like the drug naloxone can effectively reverse this effect.

The risk of falls is already elevated for the elderly. The National Council on Aging reports that one out of every four Americans 65 or older falls each and every year, making it responsible for one emergency room visit every 11 seconds and one death every 19 minutes for this segment of the population. But research published in the Canadian Medical Association Journal (CMAJ) highlights that this risk is even greater for elderly who are taking opiates as they are 2.4 times more likely to fall than to experience any other type of injury.

MedlinePlus says that as we age, we also lose bone mass and density, making this especially troublesome for women in their post-menopause years. Research in Therapeutics and Clinical Risk Management has found that long-term opiate use can potentially increase osteoporosis risk as well. This effect is both direct and indirect by interfering with bone remodeling and turnover processes, leading to opioid-induced osteoporosis and, sometimes, opioid-associated bone fractures.

In May 2018, the University of Michigan’s National Poll on Healthy Aging released its Let’s Talk About Sex report that revealed that for adults between the ages of 65 and 80, 54 percent of those with romantic partners are sexually active. Opioid use can potentially interfere with this intimate act, according to Medscape. Men who are being treated for back pain with opiates are 50 percent more likely to be treated for erectile dysfunction as well.

This article was originally published on Aging In Place www.aginginplace.org. 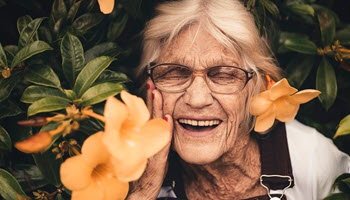 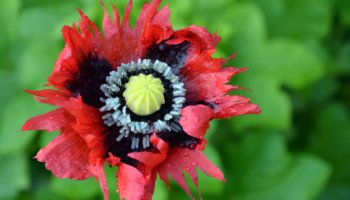