Why niacinamide is one of my favorite nutrients 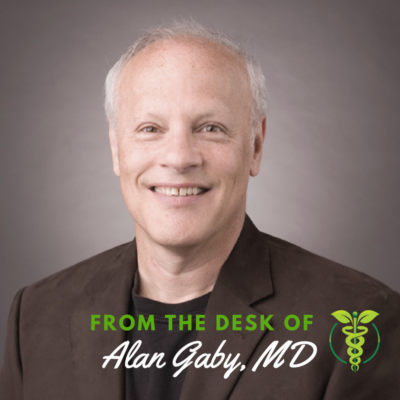 When I first began studying nutritional therapies in the early 1970s, vitamin C was my favorite nutrient. As I learned more about individual nutrients, magnesium replaced vitamin C at the top of the list, and has remained there ever since. Students in my nutrition classes used to joke that, if they did not know the answer to a test question, they would have a good chance of getting it right by answering “magnesium.” Niacinamide has also been known for years to be beneficial for preventing or treating a number of common health conditions, including schizophrenia, osteoarthritis, anxiety, and various skin conditions. Recently, niacinamide was reported to be effective for preventing non-melanoma skin cancer and possibly (based on animal research) for preventing glaucoma. These new reports have propelled niacinamide into my top 5, so a brief review of this valuable vitamin seems to be in order.

Vitamin B3 occurs naturally in 2 forms: niacin (also called nicotinic acid) and niacinamide (also called nicotinamide). Vitamin B3 is a precursor to nicotinamide adenine dinucleotide (NAD), which plays a role in the electron-transport chain and, consequently, in the synthesis of adenosine triphosphate (ATP), the body’s main storage form of energy. Vitamin B3 is also a precursor to NAD phosphate (NADP), which functions as a coenzyme in oxidation-reduction reactions. In addition, vitamin B3 is involved in brain function.
While most of the biochemical functions of vitamin B3 can be performed either by niacin or niacinamide, only niacin influences serum lipid levels. In addition, niacin has a vasodilatory action, which does not appear to occur with niacinamide. When vitamin B3 is being used for reasons other than improving lipid levels or promoting vasodilation, niacinamide is usually the preferred form, since it causes fewer adverse effects.

Kaufman reported in the 1940s and 1950s that supplementation with niacinamide in doses of 900-4,000 mg per day produced good results in more than 600 patients with osteoarthritis. Treatment with niacinamide usually resulted in an increase in joint mobility, as well as subjective improvements in joint discomfort, inflammation, and pain. Benefits were usually evident after 3-4 weeks of treatment. Thereafter, progressive improvement occurred for 1-3 years if niacinamide was continued.
The beneficial effect of niacinamide was confirmed in a double-blind trial published in 1996. In that study, supplementation with 500 mg of niacinamide 6 times per day for 12 weeks significantly decreased mean disease severity by 29% (p < 0.04 compared with placebo) and significantly increased joint range of motion (mean, 8.0 degrees vs. 3.5 degrees with placebo; p = 0.04).

In double-blind studies of patients with actinic keratoses, with or without a history of non-melanoma skin cancer, oral administration of niacinamide (500-1,000 mg per day) for 4-12 months significantly decreased the number of actinic keratoses and significantly reduced the incidence of new non-melanoma skin cancers. Niacinamide is believed to work by preventing ultraviolet irradiation-induced immunosuppression.

Abram Hoffer, one of the pioneers of the use of diet and nutritional supplements to treat schizophrenia, worked with more than 5,000 schizophrenic patients over a 50-year period. According to Hoffer, 90% of acute schizophrenics (i.e., those who have been sick less than 2 years or have had several remissions and relapses) recover within 2 years, and 65-75% of chronic schizophrenics are much improved or well within 10 years. Niacin or niacinamide (usually 1 g 3 times per day) along with 3 g per day of vitamin C was a key component of the treatment in most cases.
Several double-blind trials confirmed the efficacy of vitamin B3 in the treatment of schizophrenia, but vitamin B3 was ineffective in a number of other clinical trials. None of the studies lasted long enough to examine Hoffer’s clinical observations regarding the efficacy of long-term treatment.

Anxiety is one of the manifestations of severe vitamin B3 deficiency (pellagra). A number of practitioners have observed that supplementation with large doses of niacinamide can relieve anxiety in some patients. This anti-anxiety effect is presumably pharmacological, since patients who improved typically did not appear to be deficient in B vitamins, and “nutritional” doses of niacinamide (such as 20-100 mg per day) were of little or no benefit. Studies in mice and in vitro have found that niacinamide has benzodiazepine-like actions. In my experience, niacinamide in doses ranging from 500 mg twice a day to 1,000 mg 3 times per day is beneficial for some patients with anxiety, including patients with anxiety related to alcohol abuse.

Administration of large doses of niacinamide has been reported to prevent the development of glaucoma in mice that are genetically prone to developing glaucoma. Niacinamide did not decrease the elevated intraocular pressure, but, rather, appeared to protect the optic nerve against the deleterious effects of elevated intraocular pressure. Further research is needed to determine whether niacinamide can prevent glaucoma in humans.

Hepatotoxicity has occurred on rare occasions with the use of large doses of niacinamide (such as 3 g per day or more). Hoffer stated, based on 30 years of experience with vitamin B3 therapy (usually 3 g per day or more), that 1 of every 2,000 patients will develop hepatitis from large doses of this vitamin. In all of his patients who developed hepatotoxicity, liver function returned to normal after treatment was discontinued. Nausea may be an early warning sign of niacinamide-induced hepatotoxicity. Treatment should be discontinued or the dosage reduced if nausea occurs. Patients taking large doses of niacinamide (such as 1,500 mg per day or more) should have periodic liver function tests (serum aminotransferase levels).
Niacinamide does not cause most of the other adverse effects that can occur with niacin, such as skin flushing, hyperuricemia, gastrointestinal distress, and reactivation of a pre-existing peptic ulcer. In addition, while long-term treatment with niacin has been reported to increase the incidence of diabetes in patients with cardiovascular disease risk factors, such an effect is not known to occur with niacinamide. 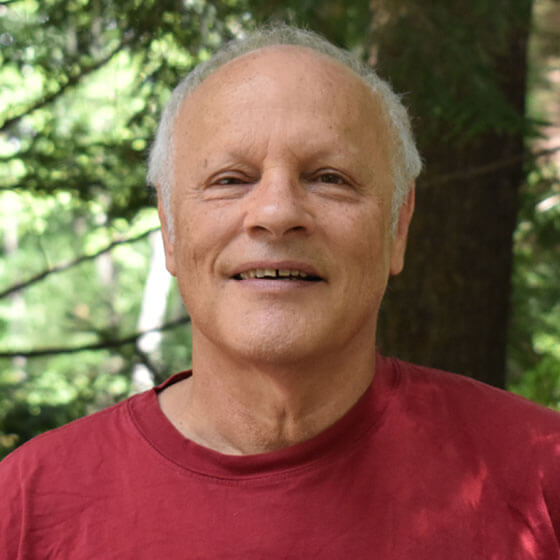 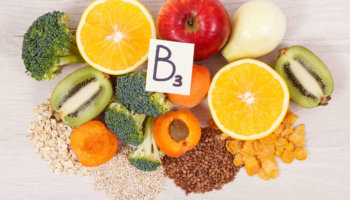