Cannabinoid rich hemp oil has emerged as a promising botanical therapeutic with both clinical experience and published studies to support its use. The Stanley brothers are largely credited for first awakening the public to its benefits. The six Colorado siblings developed a hemp extract low in ∆9-Tetrahydrocannabinol (THC), the psychoactive component in marijuana, and high in cannabidiol (CBD), a phytocannabinoid that is not associated with the intoxicating effects of the plant. That hemp extract came to be known as Charlotte’s Web after the parents of a little girl named Charlotte Figi convinced the brothers to provide their daughter with CBD-rich hemp oil.1 Charlotte suffered from a severe type of medication-resistant epilepsy known as Dravet syndrome. She was having 300 seizures per week and her heart frequently stopped. After consuming three to four milligrams of the hemp oil per pound of body weight, Charlotte’s seizures disappeared. The case received a lot of publicity in major media outlets such as CNN.1

Since then the demand for hemp as a medicinal has skyrocketed and so too has the number of companies producing it and doctors prescribing it. Its benefits have been demonstrated both clinically and in the scientific literature. Based on that scientific research and clinical observations, I employ hemp oil in clinical practice to support the health of patients with epilepsy, anxiety, depression, post-traumatic stress disorder, schizophrenia, inflammation, and pain among other applications. In this article, I will discuss a new cannabinoid certification program for both manufacturers and healthcare practitioners.

Challenges of Hemp for Practitioners

When new segments of most fields of commercial enterprise enter the marketplace, there are the initial well-intentioned pioneers. This is also true in the hemp oil marketplace. However, like the dietary supplement industry in its early years, the hemp oil marketplace is a Wild Wild West. Up until now, no entity was ensuring the consumer that optimal quantities of the beneficial cannabinoids found in hemp oil were actually contained in the purchased product. As a manufacturer, in order to maintain a respectable reputation and avoid legal complications, it’s important to ensure that the hemp oil you’re producing lives up to its label specifications. A 2017 article in JAMA tested 84 CBD/hemp oil extracts purchased online and found that although CBD oil labeling had the highest degree of accuracy compared to other products tested, 55% of the CBD oil products tested were either underlabeled (more CBD was detected in the product than claimed on the label) or overlabeled (CBD content that was negligible or less than 1% of the amount on the label).2 In this study, the overlabeled CBD products contained insufficient levels similar to concentrations that resulted in Food and Drug Administration (FDA) warning letters sent to 14 businesses in 2015-2016. Some of the products also contained more THC than noted on the label. In the United States, only cannabinoid-rich hemp oil brands that contain less than 0.3% of the psychoactive cannabinoid THC are legal. Therefore, certainty surrounding the THC content of a particular brand is essential.

The International Center for Cannabis Therapy (ICCT) found similar inaccuracies when its scientists tested hemp oil products sold mainly in online shops in Europe. Not one of the products tested was legally compliant as European legislation requires zero THC in hemp oil. Furthermore, the vast majority of products contained very little CBD and/or high concentrations of heavy metals and pesticides.

Another challenge that has arisen with the availability of hemp oil is that up until now, healthcare practitioners could not tap into a centralized knowledge base where they could have their cannabis questions answered. Because of hemp oil’s relative newness in the dietary supplement arena, there are many healthcare practitioners who are unclear of the proper dosage. Some of them have employed hemp products in their practice with little success not realizing that the product may have contained insufficient CBD. I have also encountered uncertainty among practitioners about the best way to incorporate hemp oil into already-prescribed supplement regimens, whether there are any contraindications to its use, and how its effects differ from marijuana. In interacting with attendees of lectures I have conducted on the endocannabinoid system, it became clear to me that a number of healthcare practitioners have many questions and concerns about the prescribing of hemp oil as well as the endocannabinoid system on which it acts.

The Entourage Effect of Hemp Oil

The entourage effect is a concept originally proposed by Doctors Mechoulam and Ben-Shabat two decades ago. It originally referred to the ability of certain endocannabinoid system components to enhance the beneficial effects of the two most important actors in this system: anandamide and 2-arachidonylglycerol.3,4 Since then the definition of the entourage effect evolved. It now can refer to the fact that components of cannabis or hemp oil other than THC and CBD—such as phytocannabinoids and terpenes—can actually act synergistically to THC, CBD, or each other.

Hemp oil may be the answer to today’s opioid and pain crisis. Opioid overdose is associated with more than 115 deaths per day in the United States.5 Finding an alternative to their use is therefore critical.

The certification course will include an in-depth discussion of endocannabinoid receptors and their role in pain management.

An abundance of evidence indicates hemp oil impacts the pathophysiology, progression, cause, and ecology of neurodegenerative conditions, mood disorders, and epilepsy. The certification program will help the busy healthcare provider digest this research and discover how it can be applied in clinical practice.

The Gut-Brain Axis and Cannabinoids

An increasing amount of evidence points to an interplay between intestinal and neurological systems and that this connection is modulated by the gut microbiota, the population of microorganisms found in the intestinal tract. This link between neurological and intestinal systems has become known as the gut-brain axis. Intriguing evidence has emerged that the endocannabinoid system is involved in this interaction.8,9 The certification program will delve deeply into the role of the endocannabinoid system in the gut-brain axis and how this knowledge can be used to reduce inflammation and support the health of patients with anxiety and depression.

Based on the expertise of a leading attorney in this field of practice, practitioners who receive their cannabinoid certification will move forward with confidence and reassurance on the clinical application of hemp thanks to information presented in a comfortable and simple manner.  A number of questions about the legality of hemp oil often arise. These include: 1) What is the difference between federal and state law and the issues of intrastate commerce? 2) Is it true that hemp oil is legal in all 50 states? 3) Is it likely for a person who tests positive to THC, that it could be from hemp oil use alone? 4) Do I need to have special charting or record keeping if I sell hemp oil to patients? 5) If a product that I sell as hemp contains THC beyond the “Legal Limit” to be considered hemp, what is my risk?  Hoban Law Group, the leading cannabis business law firm which has presented on behalf of the industry in front of the 9th circuit court, will answer these questions and discuss legal considerations of implementation of hemp oil therapy in practice.

“If you are carrying a hemp product or selling a product with more than 0.3 percent THC then you are dispensing marijuana,” said Jason Searns counsel to Hoban Law Group. “It is legally essential to know without question what you are dispensing. With the legal system and U.S. government delineating the role of hemp oil, it is important for clinicians to adhere to a high standard of education as offered by organizations such as the international research and educational organization ICCT.”

The Endocannabinoid System and Immunity, Cancer, Senescence, and Healthy Aging

The different delivery mechanisms of cannabis can influence how it affects the body. The certification program will allow healthcare providers to become proficient in understanding these delivery systems. For example, there is a next generation of CBD products moving into the American market. These products have efficient, transdermal properties so they bring the active substances deep into the tissue. It is also important when using hemp oil not to unduly disturb the endocannabinoid system and overwhelm natural production of the endocannabinoids or alter receptor activity. The certification program will help practitioners understand how to achieve the benefits of hemp oil without causing this undesirable effect. Processing and extraction processes commonly used and pharmacokinetics, pharmacodynamics will also be discussed. 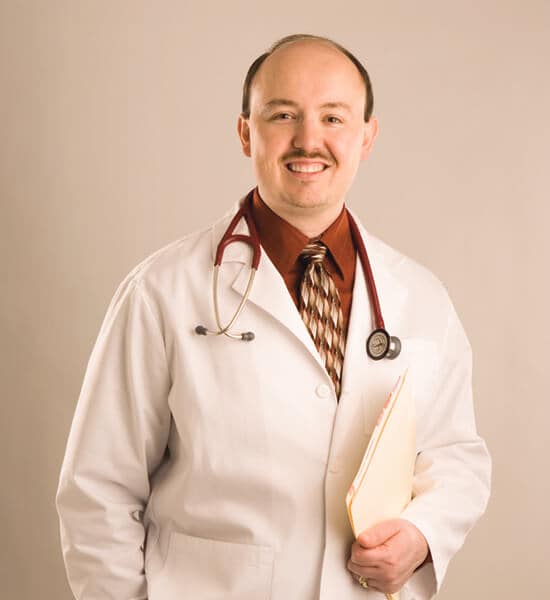 Dr. Chris D. Meletis is an educator, international author and lecturer. He serves as the executive director for The Institute for Healthy Aging. His personal mission is “Changing the World’s Health One Person at a Time.” He believes that when people become educated about their body that is the moment when true change and wellness begins.

Dr. Meletis has authored/co-authored 12 books, including His Change of Life; Liberation from Allergies; Interactions between Drugs and Natural Medicines; Safe Herbs; Herbs and Nutrients for the Mind and many others. He has also authored over 250 national scientific articles in such journals and magazines as Natural Health, Alternative and Complementary Therapies, Townsend Letter for Doctors and Patients, Complementary Prescriptions and Natural Pharmacy. 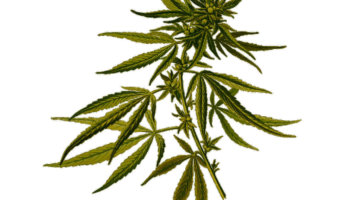 CBD and Hemp: What You Need To Know