Dr. Rollin McCraty, Ph.D., is the director of research at HeartMath Institute Research Center. McCraty, a professor at Florida Atlantic University, is a psychophysiologist whose interests include the physiology of emotion. One of his primary areas of focus is the mechanisms by which emotions influence cognitive processes, behavior, health and the global interconnectivity between people and Earth’s energetic systems.

Findings from this research have been incorporated by HeartMath in the development of simple, user-friendly mental and emotional self-regulation tools and techniques. People of all ages and cultures can use these tools and techniques in the moment to relieve stress and break through to greater levels of personal balance, stability, creativity, intuitive insight and fulfillment.

McCraty has served as principal investigator in numerous research studies examining the effects of emotions on heart-brain interactions and on autonomic, cardiovascular, hormonal and immune-system function. The members of his research team regularly participate in collaborative studies with scientific, medical and educational institutions in the United States and around the world. They have worked in joint partnership with research groups at Stanford University, Claremont Graduate University, Dalhousie University in Halifax, Nova Scotia, Prince Sultan Cardiac Center in Saudi Arabia and the University of Lithuania among many others.

He is a member of the American Autonomic Society, Pavlovian Society, National Association for Psychological Science, Association for Applied Psychophysiology and Biofeedback and Society for Scientific Exploration.

McCraty has written extensively and been widely published in his areas of scientific interest. He has been interviewed for many feature articles in publications that include Prevention, Natural Health, Men's Fitness and American Health magazines. He has appeared in television segments for CNN Headline News, ABC World News Tonight, ABC’s Good Morning America, NBC’s Today Show, PBS’s Body & Soul and the Discovery Channel. In addition, he has been featured many documentary films, including I Am, The Truth, The Joy of Sox, The Power of the Heart, Solar Revolution, and The Living Matrix among others. 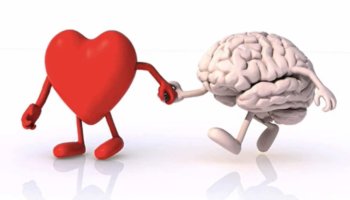